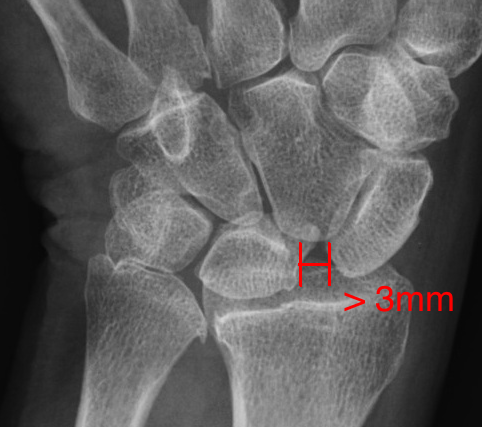 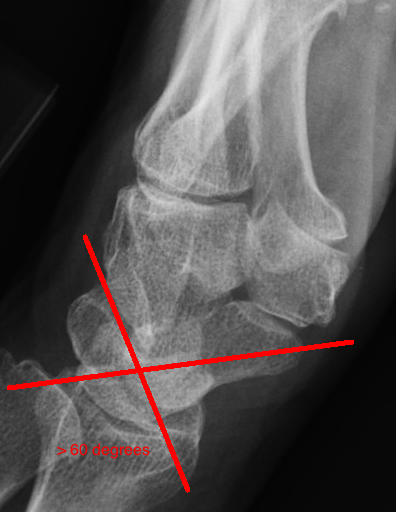 The diagnosis is made with plain radiographs.

In normal wrists, the distance between the ulnar border of the scaphoid and the radial border of the lunate is less than 3mm; in scapholunate dissociation the gap is widened ("Terry Thomas" sign).

On plain radiographs, the scaphoid may also appear shortnened and the arc outlined around the scaphoid, lunate and the triquetrum may not be smooth as the scaphoid migrates proximally.

Widening of the scapholunate gap may not be seen on static radiographs. Detection can be enhanced with dynamically loaded images of the wrist (anterior-posterior view with the wrist supinated and the fist clenched).