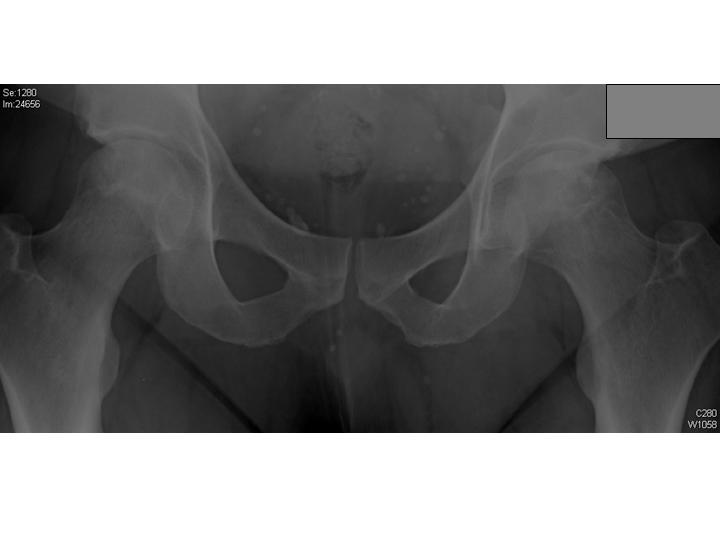 Plain radiographs may be unremarkable in the early stages of AVN (stage I).

In mild disease (stage II), plain films may show osteopenia and cysts, but the femoral head maintains its normal contour (as in the patient in this case).

In moderate AVN (stage III), sclerosis and subchondral lucency referred to as a "crescent sign" is visible.

In more advanced disease (stage IV), there is collapse of the femoral head and joint space narrowing or destruction.

MRI is more sensitive (>90%) and is able to define the deformity of the articular surface as well as subchondral edema.