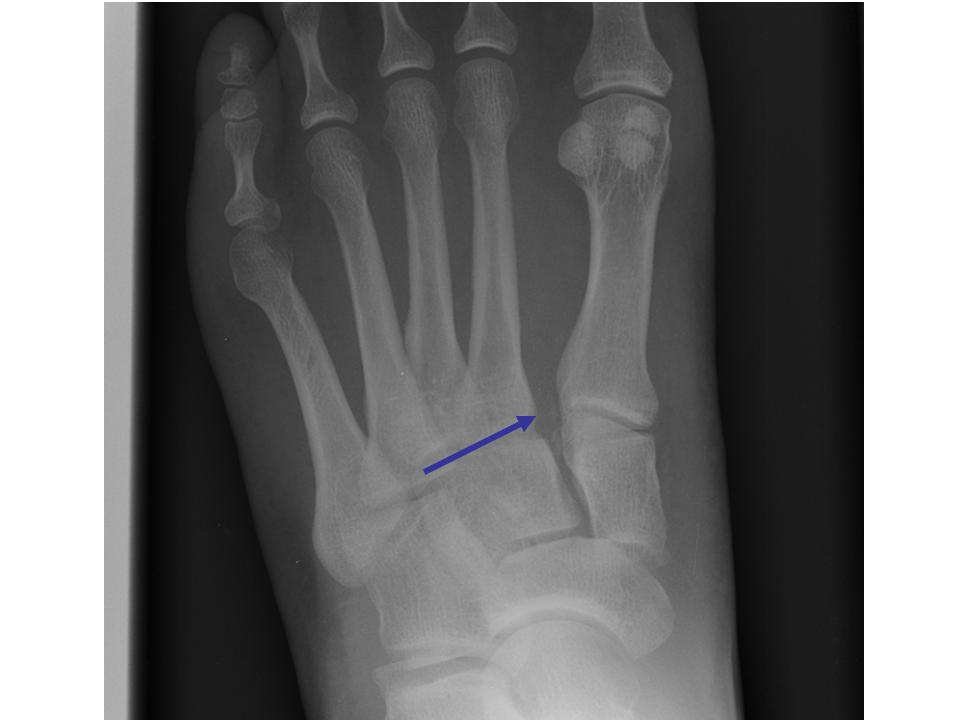 The Lisfranc injury is defined as disruption of the tarsal-metatarsal (TMT) joint with or without associated fracture. The Lisfranc ligament is a major stabilizer of the TMT joint. Its origin is at the first cuneiform and it inserts at the medial aspect of the base of the second metatarsal. Its disruption causes midfoot instability.

The Lisfranc joint is named after Jacques Lisfranc (1790-1847), a field surgeon in Napoleon's army, who described an amputation through this joint because of gangrene that developed from frostbite, although some say the soldier injured himself falling off a horse with his foot caught in a stirrup.